Variety Club Wins In Style On His Debut Outing In Meydan, Dubai

Bred by Beaumont Stud and raised on Equi-Feeds, Variety Club (who has won no fewer than six Equus awards) has now won fifteen of his twenty outings, nine of which were in a row. His eleven stakes victories include four at Gr1 level. 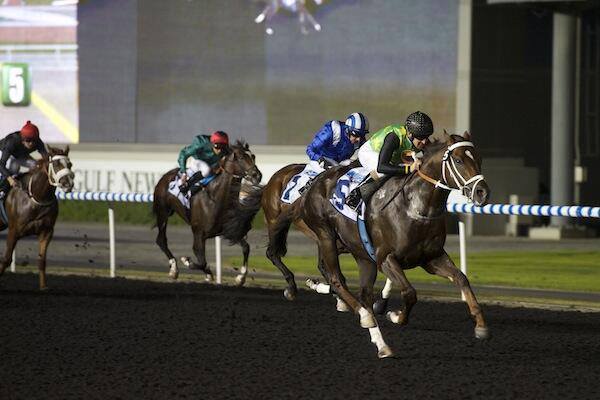 Variety Club winning the Group 3 $200,000 Firebreak Stakes at Meydan Dubai, Anton Marcus up.
Back to News